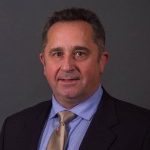 Dr. Cox graduated from Dalhousie University in Halifax, Nova Scotia where he also completed his Internship. He was awarded the Governor General of Canada Medal and the Queen Elizabeth II Medal while in University. At St. Mary’s University, he was awarded the Faculty of Science Gold Medal. He joined the practice in 1997. Dr. Cox has an interest in Sports Medicine and has served as a team physician with the PEI Rocket of the Quebec Junior Hockey League and the Cape Breton Oilers of the American Hockey League. Dr. Cox was appointed as the medical director of the World Powerlifting Championships in 1989.